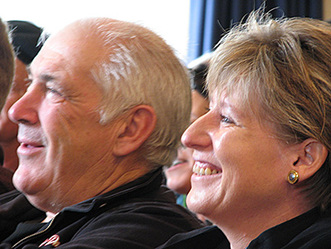 I was born and raised in Christchurch, New Zealand and there is still no place I would rather be. I began my education at Waimairi Primary and completed my studies with a law degree at the University of Canterbury. I was admitted to the bar in 1984.

From there my career advanced, initially in trade unions, where I was one of the few young female voices.

It was here I developed the belief that if you have the ability, you must step up to the job. That's why, when I was shoulder tapped to stand as a Labour MP for the Christchurch Central seat in 1990, I accepted.

For the last 23 years I have worked in central government holding a variety of portfolios, including Immigration, Senior Citizens, ACC, Disability Issues, Women's Affairs and Small Business.
Prior to the 2011 election I was the Minister of Commerce, the Minister for Food Safety and an Associate Minister of Justice.

These diverse responsibilities helped me develop the knowledge and expertise to work with and understand the needs of a range of sectors.

I was elected as Mayor of Christchurch in October 2013. I believe that by making sure people have clear and accurate information they can make informed decisions about their own future and that involving people in their own recovery is vital to building thriving communities.